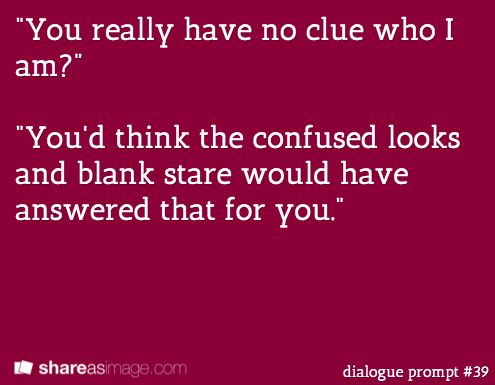 I sincerely enjoy doing these, and I hope to make it a daily exercise. Getting to sit down for a half hour even and put my brain to work creating a small view into a world is a thrilling activity. I amaze myself with the things that come to me.

I believe that stories reveal themselves a little at a time, and sometimes they’re just not ready when you are. When that happens you have to move on to the next idea and check in with it over time. Such is the case with this prompt.

I was interested in responding to this some time ago, however it just wasn’t coming together as naturally as it should; it felt too forced.

Let me know what you think of this one today, I’m always hungry for your thoughts.

Sitting in the cafe alone she drank her coffee, taking care to not look too closely at those around her. The area wasn’t the nicest, but the invitation was hard to decline.

Meet 3pm Tuesday 18th October. I have the money.

She read the short postcard again. The basic Greetings from NYC on the reverse side were no help, the lack of return address puzzling.

KariAnn sipped her coffee. Waiting has never been something she did well. The bounce of her leg shook not only her own table but also the who beside her. With an apologetic smile she held her nervous knee still.

Closing her eyes, she thought through the short list of memories, anything to take her away. When she opened them, she no longer saw the shop but rather the place she remembered first in her life.

The hospital room was too bright. The white on white sterile coldness giving way to a chill as she pulled the blanket tighter around her shoulders.

Nothing she saw was familiar, not even the show on the television running at a low volume to break the eerie beat of the heart monitor beside her bed.

Looking at her hands, she poked the needle protruding from the back of her hand. The sharpness made her wince, accompanied with a sudden panic. Glancing around, she expected there to be nurses rushing in with her increase in beeps by the machine, but only a lone woman’s voice approached and passed by.

As the minutes drove on she found distraction in the animated show she had no choice but to watch. The characters were obtuse at best, their problems being caused by their own idiotic mistakes over and over again.

A quiet knock startled her, clutching the bedclothes closer and pulling her knees stiffly toward her chest.

“Oh, it’s nice to see you awake,” the woman checked the clipboard in her hand, “KeriAnn.” She smiled but the lack of warmth in the gesture silently screamed out.

“Where am I?” Watching the nurse did little to provide answers, neither did asking outright. The nurse went about her tasks without mind of the girl watching her.

“Uh?” She tried once more to get her attention, but with another false smile the nurse was gone. The continued voices from the television her only company.

“Keri.” The man’s voice pulled her form her mind and back to the now nearly empty coffee shop. His face was missing that fake smile that so many seemed to rely on when meeting with strangers.

“Who are you?” She asked, watching as he sat across the little table.

He froze mid-motion, the zipper hanging open on his briefcase as he gaped at her.

“You really have no clue who I am?” He asked.

“You’d think the confused looks and blank stare would have answered that for you.”

After a slight pause, he laughed.

“Yea, I guess that’s right, isn’t it?” He pulled the paper folder out, laying it before them and leaving his briefcase beside his chair.

“This is what we’re here to discuss.” He pointed out when she once again studied his face in confusion. “This is the contract for the money you’re owed.”

“See, that’s the thing. What is this money, and why is it owed to me?” Their eyes met, he sat back.

“This is from your father, to be granted to you on the event of his passing.” He opened the folder, turning it toward her. From the tabletop a family portrait stared up at her.

“This is your family KeriAnn. You are the sole heir of a very wealthy estate.” She then realized what and who this man was.

Suddenly, a lifetime’s worth of memories flooded through her, the room swirling around her with the strong smell of dark coffee and paper.

Currently living in Southeastern Michigan, Eliza is a writer of young adult fiction and active Girl Scout Mom to her twin daughters, L and R. She is married and has a 15 year old black lab named Sammy. View all posts by Eliza Szelag